Queen Elizabeth’s Grammar School was founded by the Charter of Queen Elizabeth 1st in 1585 following a petition in 1583 by a group of men with Ashburn connections, ie. members of the local gentry headed by Sir Thomas Cokaine, Lord of the Manor, wealthy London merchants who were relatives of Ashburn families, and local tradesmen in the town.

The Charter provided for a somewhat complex system of school management. Besides the Master, who must hold a Master’s Degree at Oxford or Cambridge, and the Under Master or Usher, there were three Governors and twelve Assistants.

The Governors and Assistants ran the School for 294 years from 1585 until 1879 and had sole control over its affairs, the appointment of the Master and Under-master, the curriculum, finances and land.  In 1879 due to changes in the legislation regarding the running and financing of schools, the Governing Body of the School changed to comply with these changes, but the Governors and Assistants continued to sit on the new School Governing Body and kept control of the land and endowments. 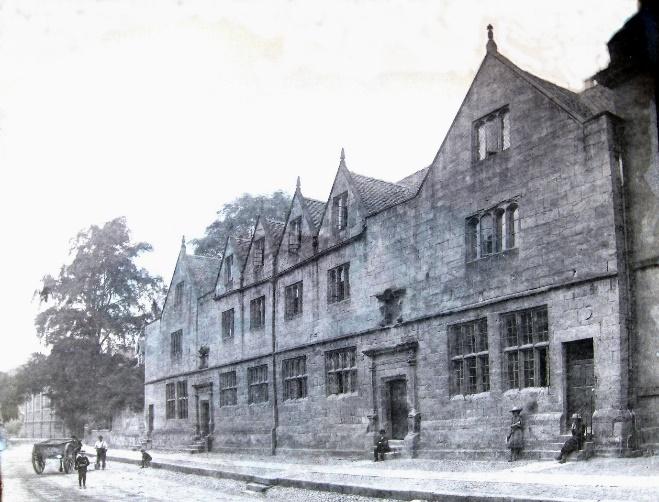 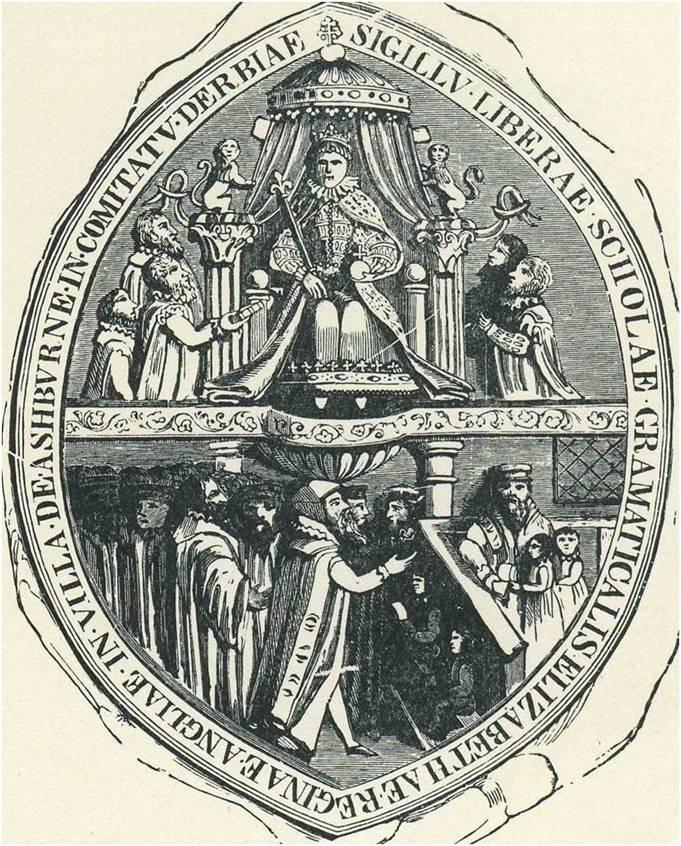 The Seal was divided horizontally into two portions.

The upper half showed the Queen seated upon her throne, with crown, sceptre and orb. Kneeling on either side of the throne appears the petitioners, three on the left and two on the right, clothed in long robes and wearing beards, They are of course bareheaded in the presence of their sovereign, and the foremost on the left Sir Thomas Cokaine, holds a book in his hand. One of the figures on the right holds a purse, which presumably represents the local subscriptions by means of which the school was endowed.

In the lower compartment, we have a view of the School itself. Two boys are seated on a form doing their lessons under the eye of the Master, who wears a cap and a master’s gown. Behind the boys, in what looks like a church pew, the Usher is assisting two younger children in their lessons. The whole scene is being supervised by some half a dozen robed figures, who may be taken to represent the governors.

From the early 17th Century onwards the Governors and Assistants were also given responsibility for various almshouses and other charities, as it was recognised by benefactors that they were in an ideal position to administer them on an ongoing and permanent basis.